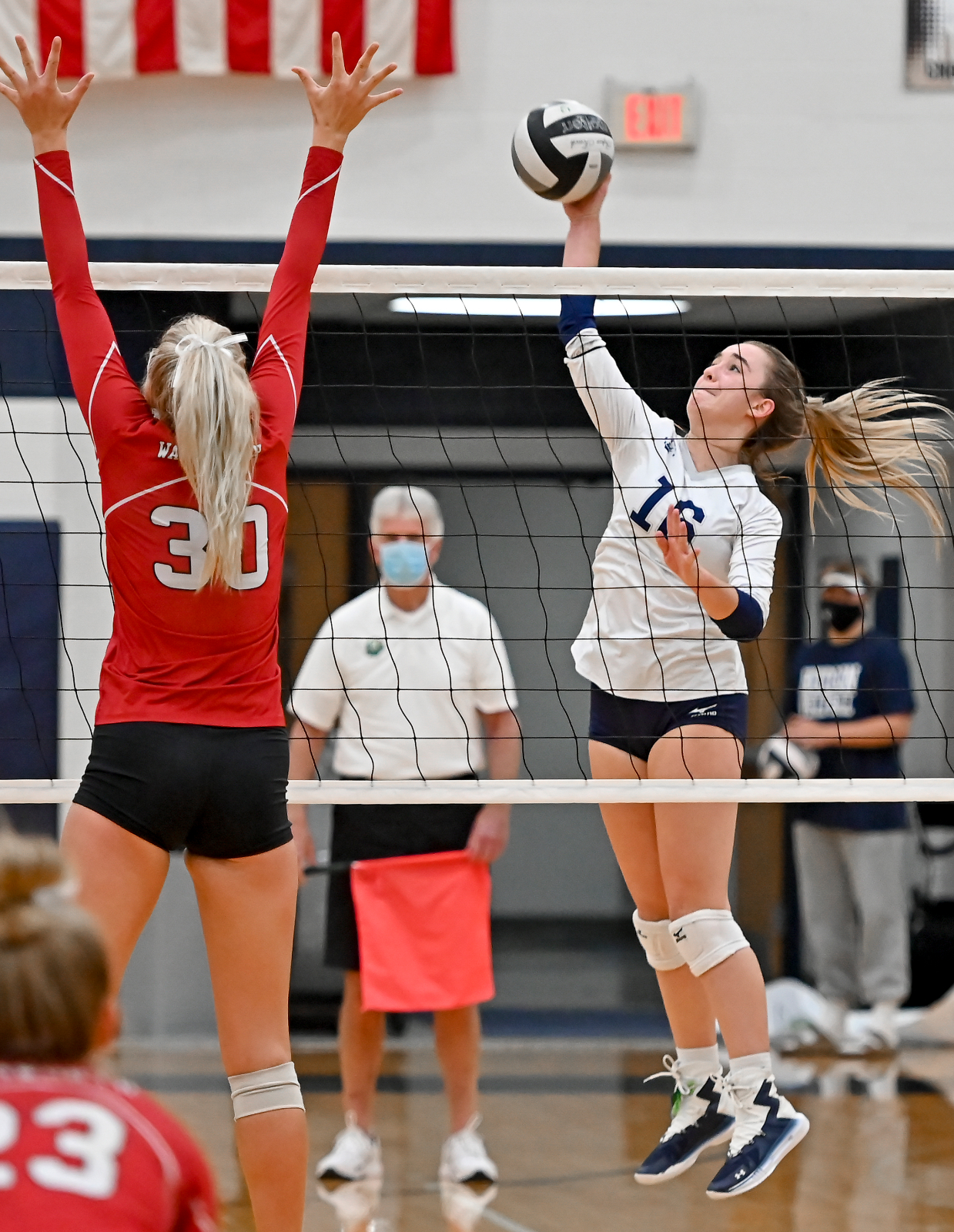 The volleyball team closed their impressive regular season in fine fashion, as they earned a win at Wadsworth on Monday night. Brooke Ramlow had 11 kills, 9 digs, and 2 blocks. Page Gross notched 8 kills and 4 blocks. Anna Faust and Morgan Gaeta each had a pair of aces. Rylyn Dearstine had 4 blocks and 4 kills. Faust added 21 digs, while Gaeta had 15. Melissa Hansen had 30 assists and 10 digs.

With the win, the Explorers finish the season with a 14-5 overall record, and an 11-3 Suburban League mark. The Suburban League record secures a 2nd place finish for the Explorers, in what has been a great regular season. After starting 1-2 the Explorers went 13-3 over their last 16 games and enter the postseason playing well. Congratulations to our athletes and coaches! Awesome job! Keep it rolling! Roll Hud!