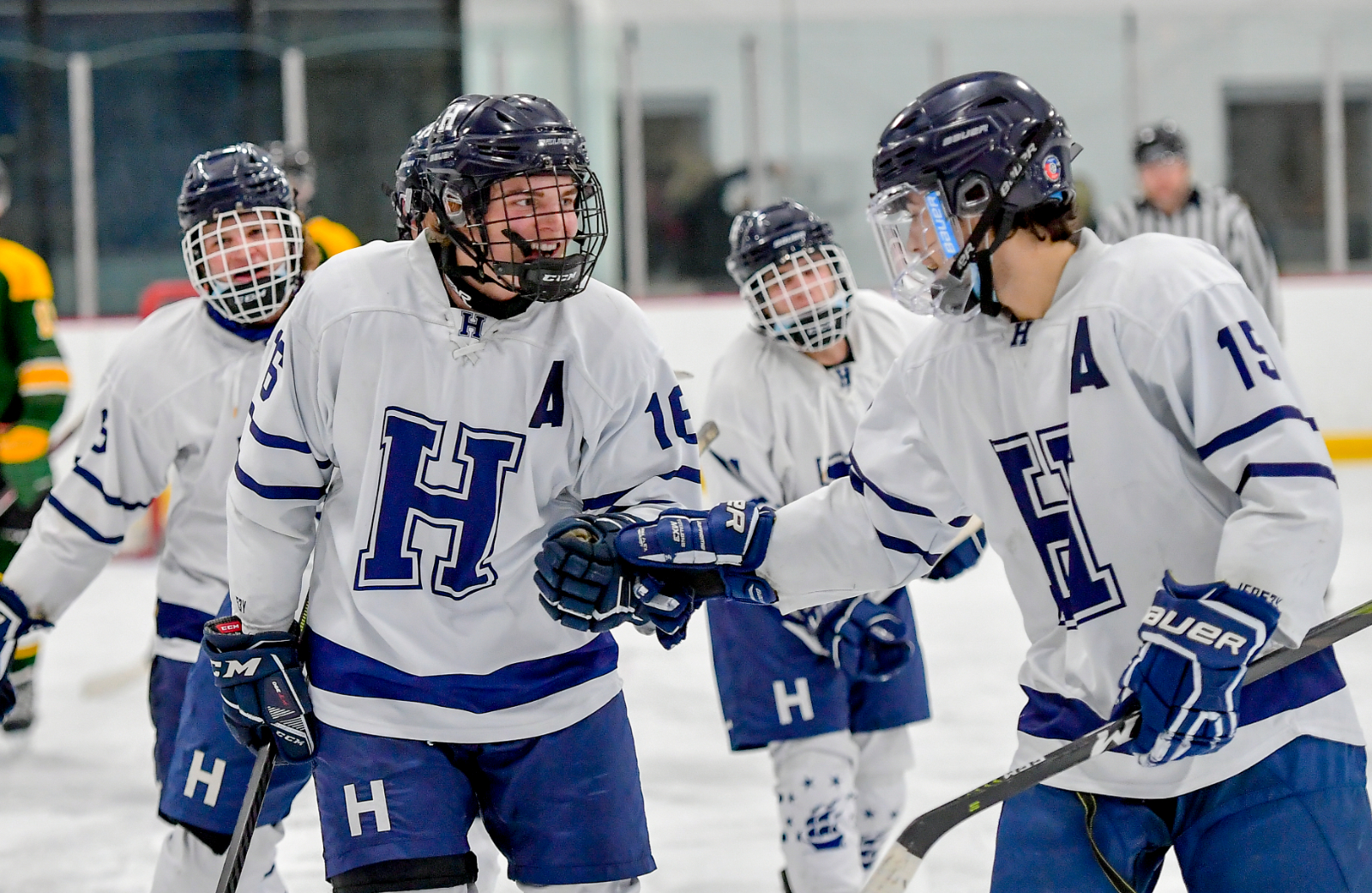 The ice hockey team earned a hard fought win on Senior Night at Gilmour Academy Ice Arena on Friday night. Senior Alex Movshin had a big night for the Explorers, as he scored a pair of goals. Sully Clark also had a great game, as he scored twice and also handed out an assist. Ian Ludewig played well, as he scored a goal and recorded an assist, while Wyatt Prado also found the back of the net for a goal. Jonah Karnofel and Andrew Yard each notched an assist. Ben Cole recorded 18 saves in goal. The Explorers turned in 21 shots on net. With the win, the team moves to 2-0 on the season. Roll Hud!