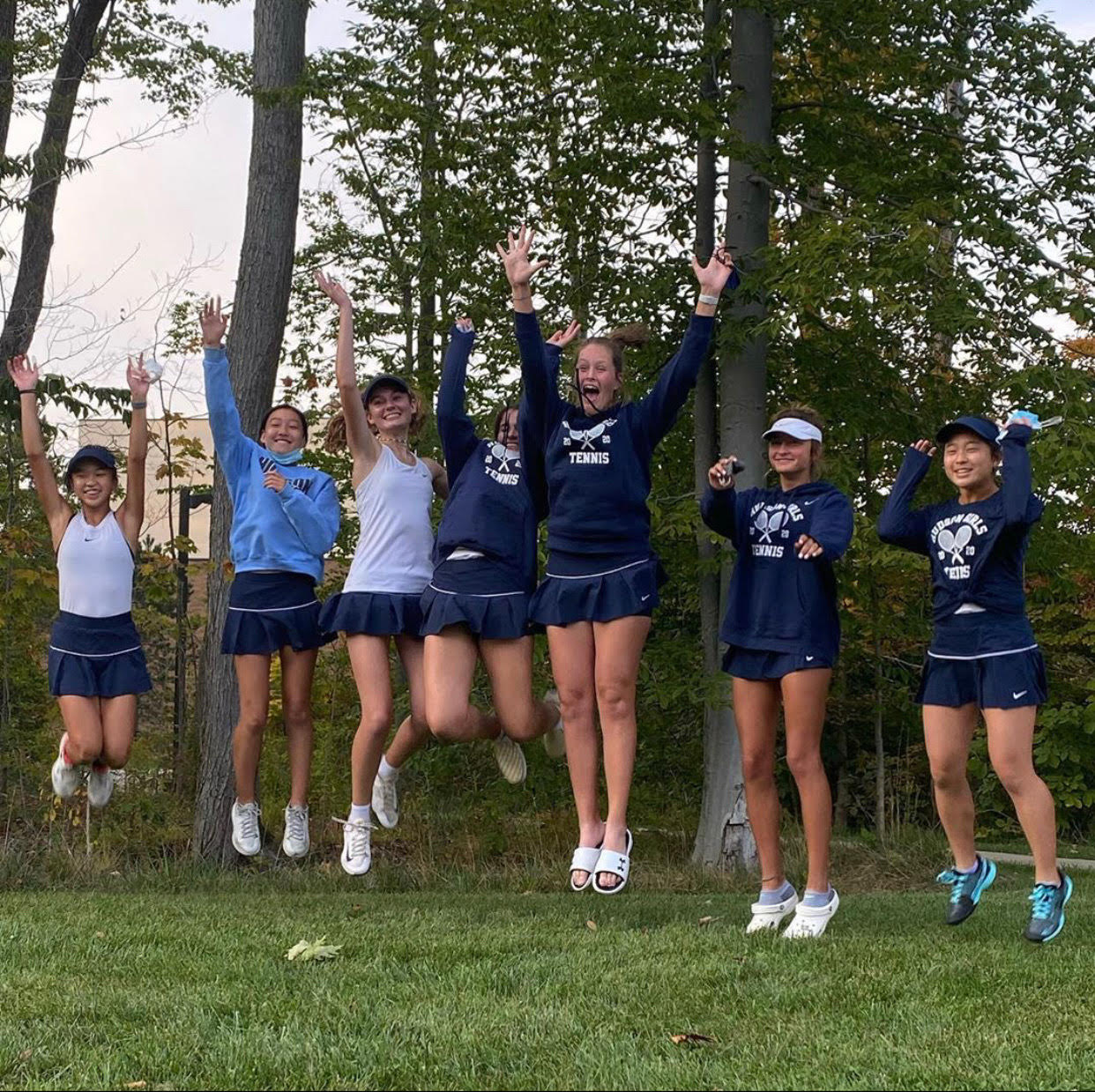 The girls’ tennis team wrapped up a remarkable league season with a Suburban League Tournament Championship on Saturday at Highland! The Explorers went a perfect 7-0 in Suburban League dual meet action this season, and capped off their dominance by winning the Suburban League Tournament to take home the 2020 title! Laura Nijhuis was the first singles tournament champion, as she defeated the top seeded player from Brecksville 6-4, 6-2 in the title match! Sunny Fan took home the second singles tournament title, defeating her opponent 6-1, 6-1 in the championship match! Erica Liu rounded out the dominant Explorers singles attack by bringing up a second place finish in third singles, as she also advanced to the title match. Not to be outdone, the first doubles team of Sam Sigler and Emi Uijtewaal took home the title in first singles, defeating their opponents from Twinsburg 6-4, 6-1 in the finals! Katie Tuttle and Margaret Chen rounded out the Explorer awesomeness with a first place finish in second doubles. Katie and Margaret defeated their opponents from Twinsburg in the title match 6-1, 6-1 to bring home the crown! Amazing job by our athletes and coaches! Congratulations Coach Morgan, Coach Kampf, and all of our Lady Explorer tennis players! You have so much to be proud of! Congratulations!