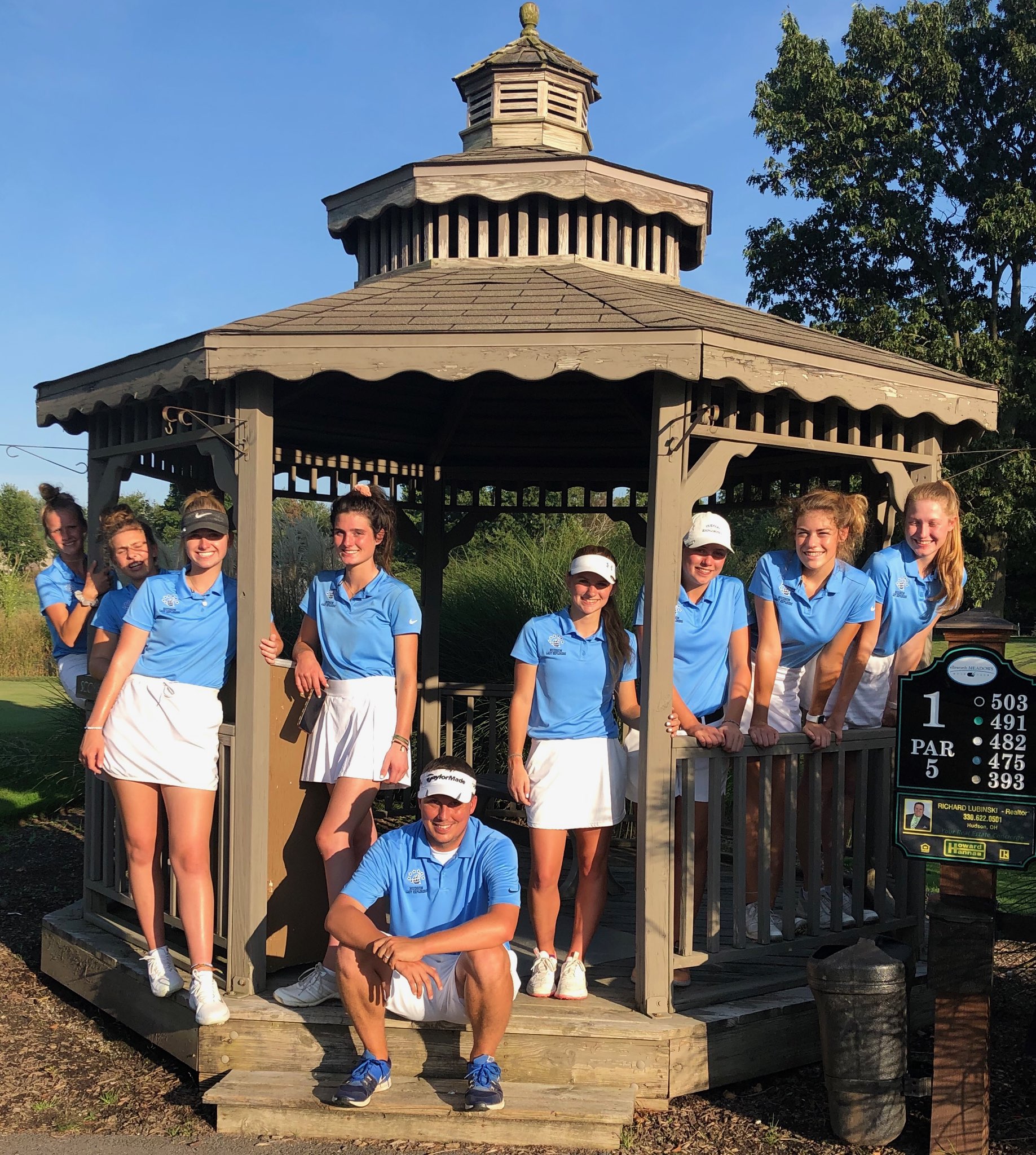 The Lady Explorers were faced with a few separate challenges on Tuesday. They were matched up against the best team in the Suburban League, the Stow Lady Bulldogs. They had just come off a challenging round, where scores were probably a little higher than they hoped. And their coach never told them they were playing from the District Tournament tees until right before they teed off. The girls responded by shooting their best nine holes of the season and defeated Stow 176-188. Emily Dunne was once again masterful, as she shot 39 and earned medalist honors for the second straight match. Delaney DiGeronimo overcame a bad start and shot 44. Lilly Hess added a 46 and Lizzy Grant shot a 47. Maddie Horrigan’s 49 and Sarah Hinkle’s 50 closed out the day for the Explorers. Hudson looks to be getting hot at the right time. They will travel to Medina Country Club on Thursday to close out their week.