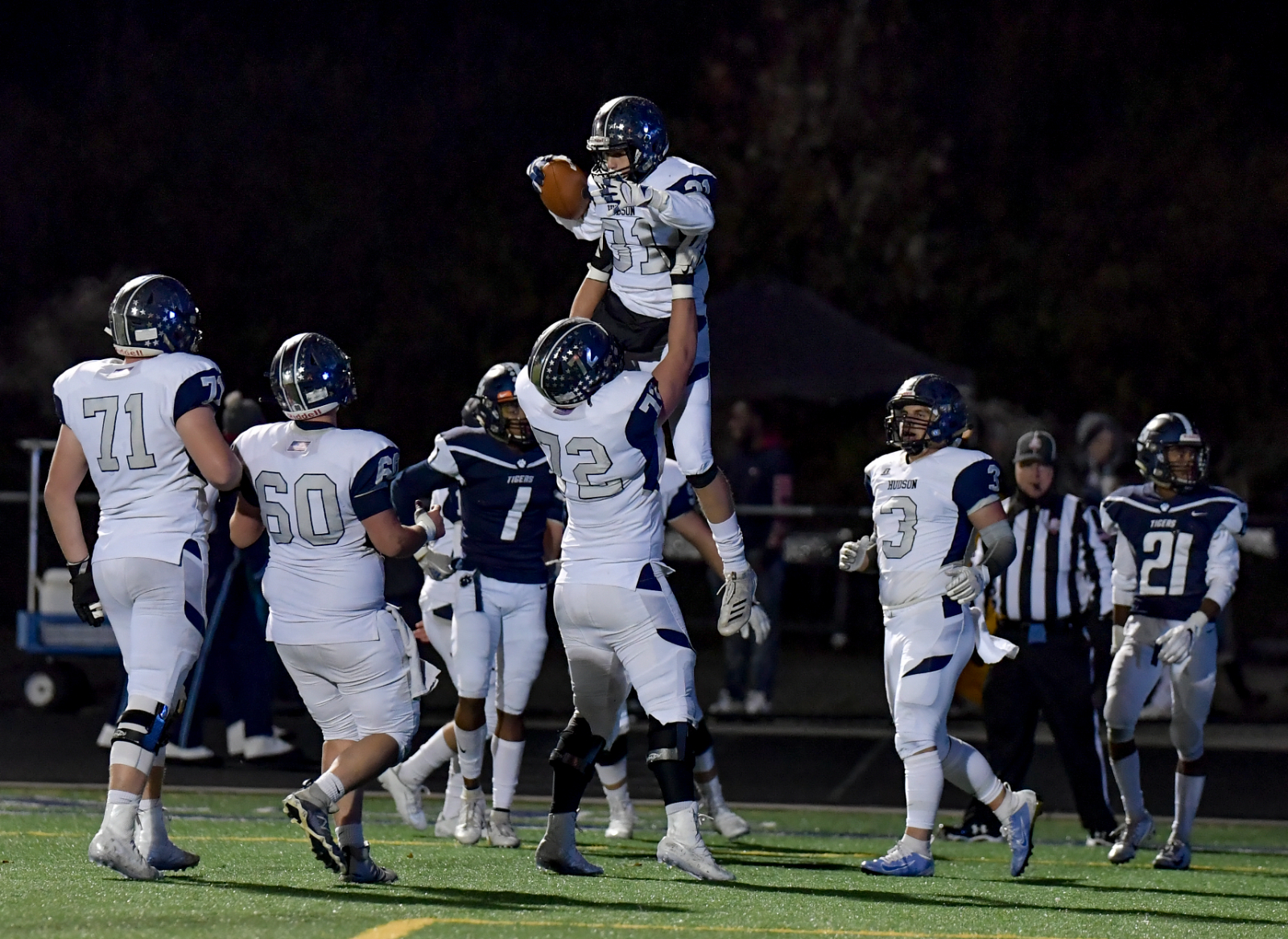 The football team wrapped the regular season on Friday night with a road win at Twinsburg. Jacob Paltani rushed for 215 yards and four touchdowns. Drew Lightner added 63 yards and a score, while Ronan Spohn also found the end zone on the ground. Ryan Neher was a perfect 5 for 5, throwing for 61 yards and two touchdowns. Colin Pierce and Ryan Evans were on the receiving end of the Neher scores. The defense forced and recovered four fumbles to spark the offense.

The win improves their overall record to 7-3 and their league record to 6-1, which gives them a share of the Suburban League National Division title! Wadsworth and Brecksville also finished 6-1. The 7-3 record also secures a playoff berth for the Explorers, which is their eighth trip to the playoffs in the last nine seasons. The team clinches the fifth seed in Division II Region 5, and will head to Massillon Perry on Friday night to take on the fourth seeded Panthers. Kickoff is set for 7pm.