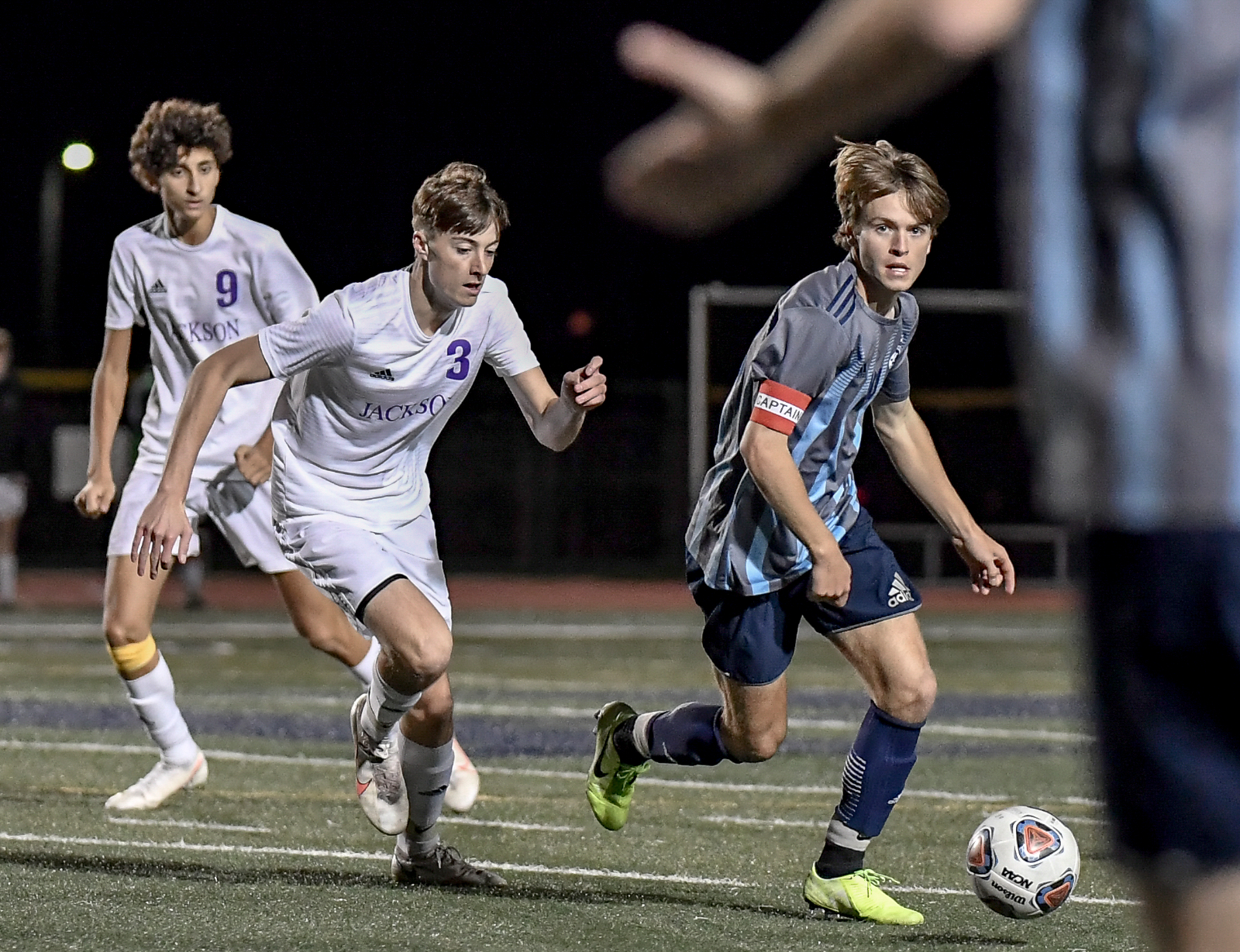 The boys’ soccer team dropped a hard fought match on Wednesday night at Memorial Stadium, as they hosted the Jackson Polar Bears in OHSAA Regional Semifinal action. Quinn Groves got the Explorers going early with a first half goal. Jackson answered with two goals of their own in the first half, and the teams battled through a scoreless second half.
The team ends what has been an incredible season. The 2020 Boys’ Soccer team concludes the season with an overall record of 17-2, which included a 14-1 regular season, a 7-0 Suburban League record, a Suburban League Championship, a District Championship, and a Regional Semifinal appearance.
Amazing job, guys! Congratulations to our athletes and coaches on a terrific run. Best of luck to our seniors in all that they do.
Roll Hud!