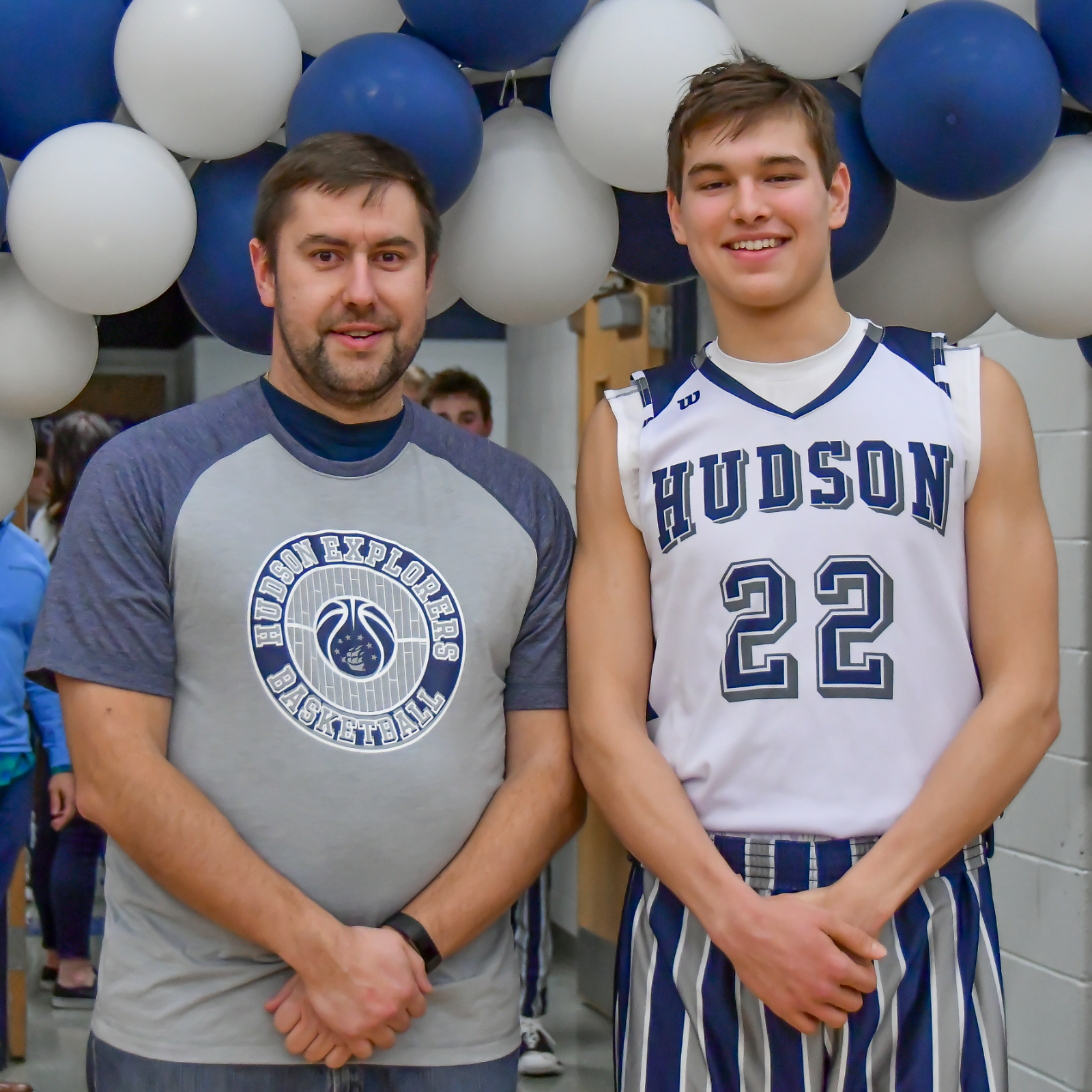 The boys basketball team continued their late season surge with their seventh straight win on Tuesday night, over the visiting Falcons. David Gentry led the Explorers in scoring with 17 points, while Damani Ganaway also reached double figures scoring 14. Jack Burdett turned in another well rounded line with nine points, 10 rebounds, and four assists. The team stands at 12-7 on the season and will host Stow on Friday night in a big Suburban League matchup. Roll Hud!

Prior to tip, Explorer players honored their teachers, as he team celebrated Teacher Appreciation Night. The boys selected one teacher who has made a lasting impact on them through their kindness, commitment, and support. Thank you to all of our great teachers!