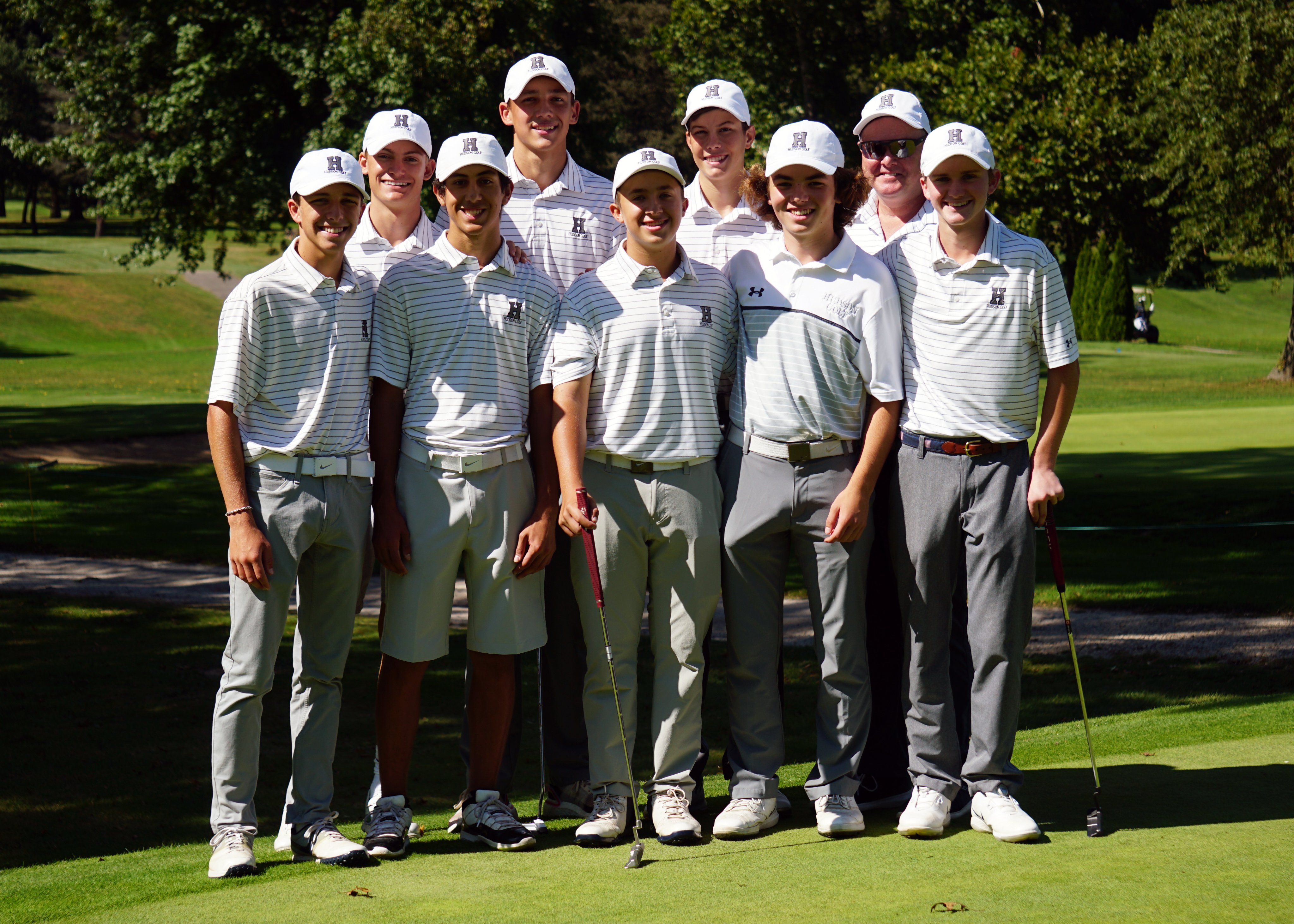 The boys golf team finished runner-up at the final Suburban League Golf Tournament of the season on Thursday at Goodpark Golf Course. Erik Block played a great round of golf, as he shot a 75 to lead the Explorers and take home medalist honors as tournament champ! Burke Villenauve also had a big day, as he shot a 79 and finished tied for fourth overall. Ben Basta was close behind, as he shot an 81. Coop Pamer carded an 83, while Jackson Choi shot an 89. Andrew Yard rounded out the Explorer scoring with a 90. After turning in a first place, and three second place performances in league tournaments, the boys wrap up second place in the Suburban League National Division. Great job, guys! Roll Hud!