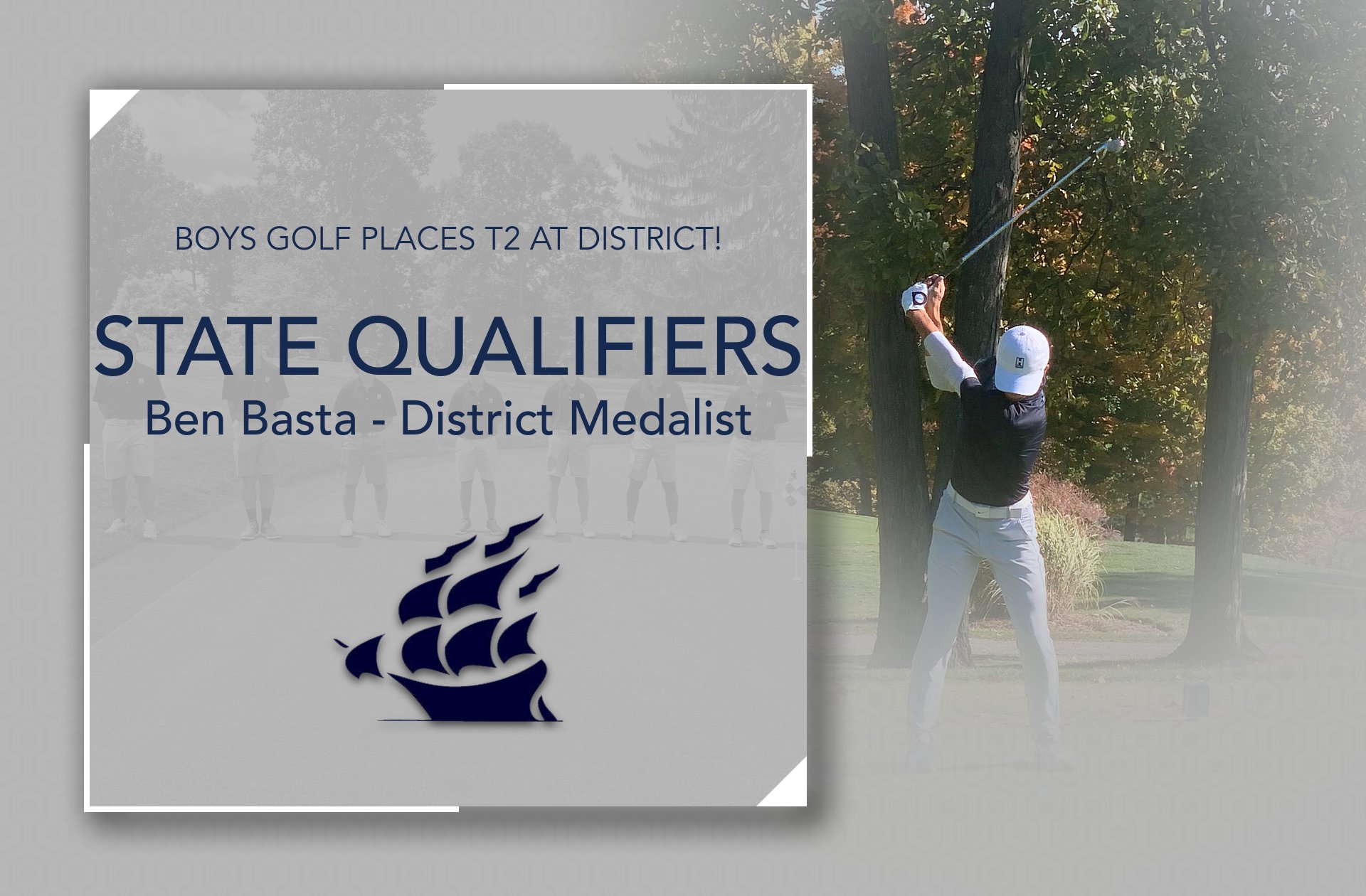 The boys’ golf team turned in a performance for the ages on Monday as they competed in the OHSAA District Tournament at Pine Hills Golf Club in Hinckley. Ben Basta led the way for the Explorers, and bested the entire 120 man field, earning District Medalist honors behind a super-impressive 69! The team was firing on all cylinders as Josh Pethel shot a 75, Coop Pamer posted a 76, Andrew Yard secured a 79, and Jackson Choi shot an 80. The team score of 299 was the lowest District score in Hudson golf history, and good for third place at the tournament (The Explorers finished T2 with St. Ignatius but lost the tie breaker).

As a top four finisher, the Explorers now head to the State Tournament in Columbus and will take on the Scarlet Course at The Ohio State University on October 23 and 24.