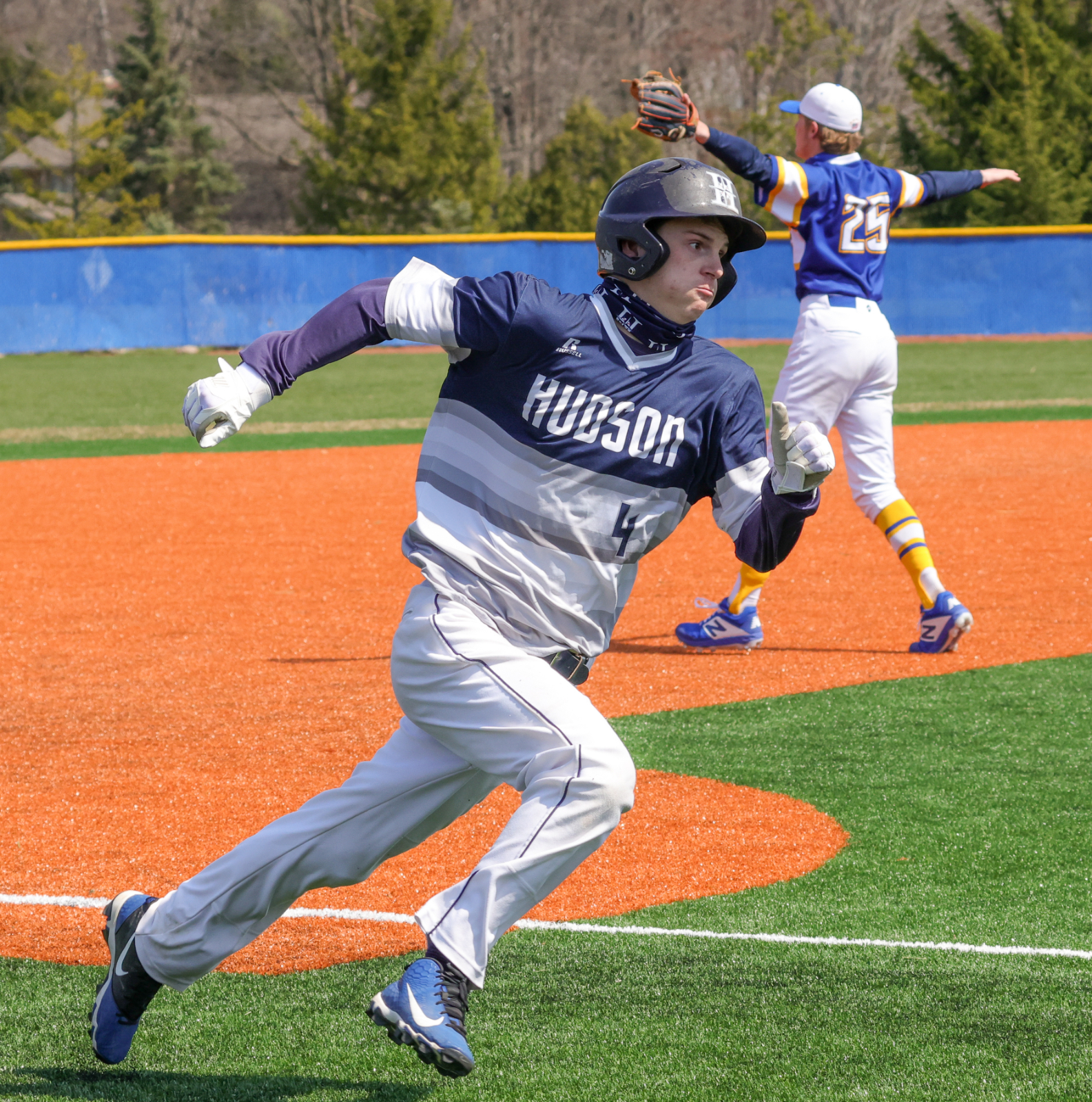 The baseball team dropped their first game of the season in non-league action on Saturday at The Ballpark. Connor Rubin led the offense with three hits, while driving one run in and scoring a run. Sam Scharville had a huge day at the plate, as he homered and doubled, driving in a pair of runs and scoring twice. Corey Strazek had a pair of hits, while adding an RBI and a run scored. Ben Sage added a hit and drove in two. Carter Buzzelli and Johnny MacKay each added a hit and a run scored.
With the loss, the Explorers drop to 2-1 on the season.
Roll Hud!