Congratulations to Emily Dunne, as she has been selected as Athlete of the Week!  Emily, a senior golfer, had a huge week, as she turned in a career best score of 39 to help the Explorers upset the Stow Bulldogs by 12 strokes!  She also earned medalist honors, as she shot a 43, to help the team defeat Cuyahoga Falls.  On Thursday, her strong play continued, as she scored an 86 at Medina Country Club.  Even more impressive, is the fact that Emily did not start playing golf until her sophomore year! 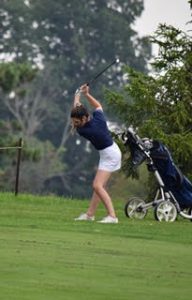 Emily enjoys the challenge that comes with the game of golf.  She also knows it is a game that forces you to be mentally tough.  She loves being with her teammates, and hopes to advance out of sectionals this season.  Emily is considering majoring in psychology, possibly at Ohio State or Ohio University. 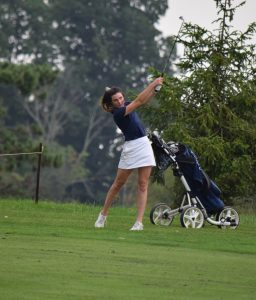 Emily is also a member of the lacrosse team.  In her free time, she enjoys hanging out with her friends and family. 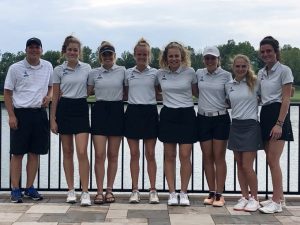 Eve Jones – cross country – Eve had a huge race to finish as the 6th runner for the girls over the weekend.  She has been steadily improving each week, and even though she is a freshman, has been running like a veteran!

Abby Kern – soccer – Abby has played great this season and helped to lead the team to strong performances against a pair of state ranked opponents last week.  She has also helped the team record three shutouts this season.

Reilly Timko – field hockey – Reilly has been a key contributor to the early season success of the field hockey team, while serving as a strong team leader on and off the field.