Congratulations to Skanda Moorthy, as he has been selected as Athlete of the Week.  Skanda, a senior soccer player, has scored seven goals and recorded three assists on the season.  His strong play, after missing his junior season due to a knee injury, has been a large reason why the Explorers were able to lock up the number 1 seed heading into District play. 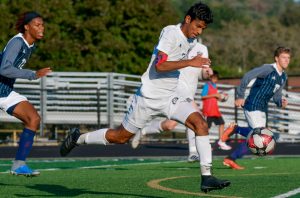 Skanda hopes the team can win on Senior Day and also bring home a District title.  He hopes to attend Case Western Reserve University next fall, while pursuing a career as an orthopedic surgeon.  He also hopes to continue playing soccer. 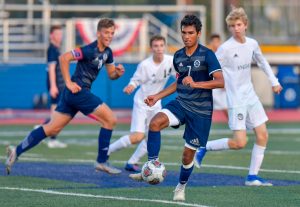 In his free time, Skanda enjoys hanging out with his friends and playing FIFA Soccer.  He also enjoys woodworking and supporting the other teams.

Jacob Paltani – football – Jacob tied the school record, with 5 touchdowns on Friday night, in a win over visiting Nordonia!