Congratulations to Drew Lightner, as he has been selected as Athlete of the Week!  Drew, a junior running back, led the Explorers to a victory over Brush this past weekend.  Drew racked up 116 rushing yards, while scoring four touchdowns.  On the season, Drew has found the end zone seven times and churned out 386 yards, averaging nearly 129 yards a game. 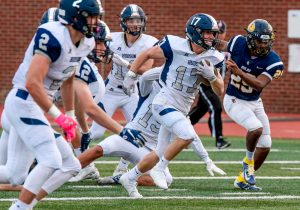 Drew has been playing football since he was in second grade and a member of the Hudson Hawks.  He loves being around the guys and celebrating their successes.  Drew hopes the team can make the playoffs this year.  He also has intentions of playing football in college and possibly majoring in engineering. 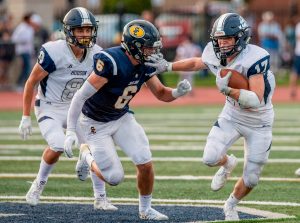 In his free time, Drew enjoys hanging out with family and friends.  He also enjoys playing baseball. 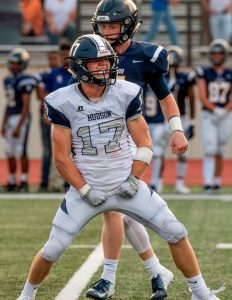