Congratulations to Luke Karnofel, as he has been selected as Athlete of the Week.  Luke, a senior on the hockey team, had a huge weekend on the ice.  Luke scored two goals on Friday night, to lead the Explorers to a win on Senior Night over Kenston.  He bested that performance on Saturday as he found the back of the net four times, while handing out two assists in a 7-1 win over Cleveland Heights.  On the season, Luke has scored 26 goals and 23 assists, for a total of 49 points, and has been a huge part of the team’s success.  The team opens Baron Cup play tonight in Brooklyn, and Luke hopes the Explorers can win the cup! 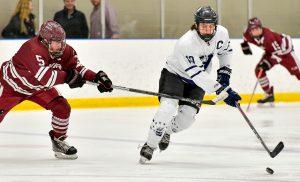 Luke’s favorite aspect of hockey is “being with the boys.”  He plans to attend John Carroll University next year and hopes to continue his ice hockey career while majoring in marketing. 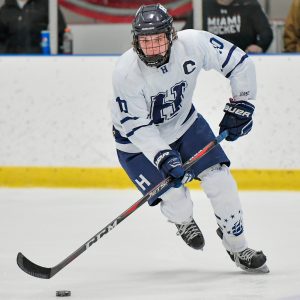 Luke’s favorite subject in school is history, and his favorite food is steak.  When his is not on the ice, he enjoys supporting his peers at all Explorers sporting events.  He also enjoys playing XBox. 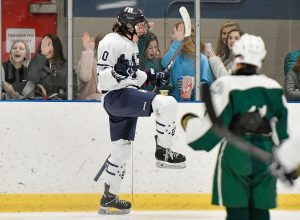 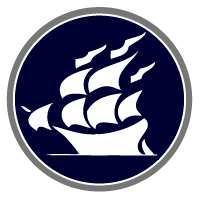